Skip to Article Skip to Search About Us Skip to simple menu
DrRobertRuanoOnline.com

Published on 1 February 2022 under Neck Pain 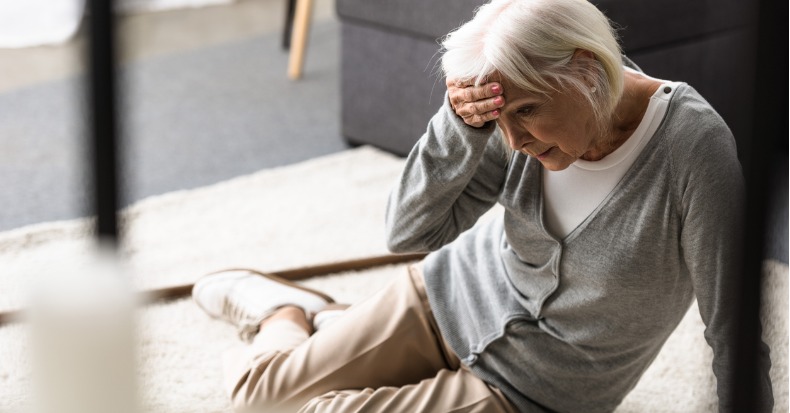 For the elderly adult, falls can result in severe injury and a loss of independence. One major cause for serious falls in the older population is dizziness. While there are many causes of dizziness, one that is often overlooked is dysfunction in the cervical spine that affects proprioception, or the ability to know where parts of the body are in relation to one another. In fact, according to one retrospective study that included 1,000 patients with dizziness as their chief complaint who visited one Japanese hospital found that cervical dysfunction was the underlying or a contributing cause in nearly 90% of cases! So if issues that affect the neck may be a potential cause of dizziness, let’s see how treatments to improve function in the neck, upper back, and shoulders affect patients with dizziness.

In each of these studies, researchers found that improving the function of the cervical spine and associated areas of the body reduced dizziness, likely due to improved proprioception and balance—which was confirmed by the study that included the 5-second one legged balance test.

When examining a patient with dizziness as their chief complaint, a doctor of chiropractic will assess the whole patient in order to determine any potential contributing causes to the patient’s condition. This may include addressing dysfunction in the cervical and thoracic spine, as well as the low back, pelvis, legs, and feet which can affect normal joint movement, proprioception, and balance.

Thousands of Doctors of Chiropractic across the United States and Canada have taken "The ChiroTrust Pledge":“To the best of my ability, I agree to
provide my patients convenient, affordable,
and mainstream Chiropractic care.
I will not use unnecessary long-term
treatment plans and/or therapies.”

Members of ChiroTrust® have taken
“The ChiroTrust Pledge”:

“To the best of my ability, I agree to
provide my patients convenient, affordable,
and mainstream Chiropractic care.
I will not use unnecessary long-term
treatment plans and/or therapies.”

You will receive updates